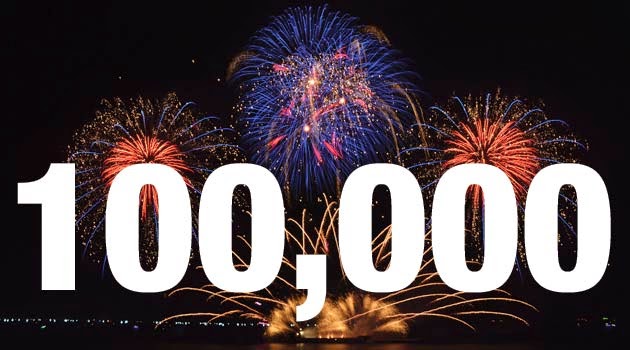 My first ﻿jubilee in my Amateur Radio career happened on the 8th July 2014, just a day after my 37th birthday !!
N4XU was the one to give me joy, calling my CQ DX in RTTY on 20m at my sunrise ... of course, we chit-chatted about this through RTTY and he was also happy for this special QSO with me.
I had promised to myself that the op of my 100.000th QSO would receive a commemorative present from me, accompanying my specially noted QSL card, sent directly.
So, N4XU is going to receive a small package with my QSL and several Greek goodies in it, as a sample of gratitude for calling me to reach 100k QSOs.
These 100.000 QSOs were all made by me from my amateur radio station, during the period October 1994 - July 2014 (almost 20 years, that is almost 5.000 QSOs per year on average).
Of course, I estimate that I have made at least another 35.000 QSOs from other radio stations, club stations, multi-op contest stations, jamboree stations, special event stations, etc. , but that is another story to tell ...
Below is a graph of how these 100.000 QSO are dispersed through these years: 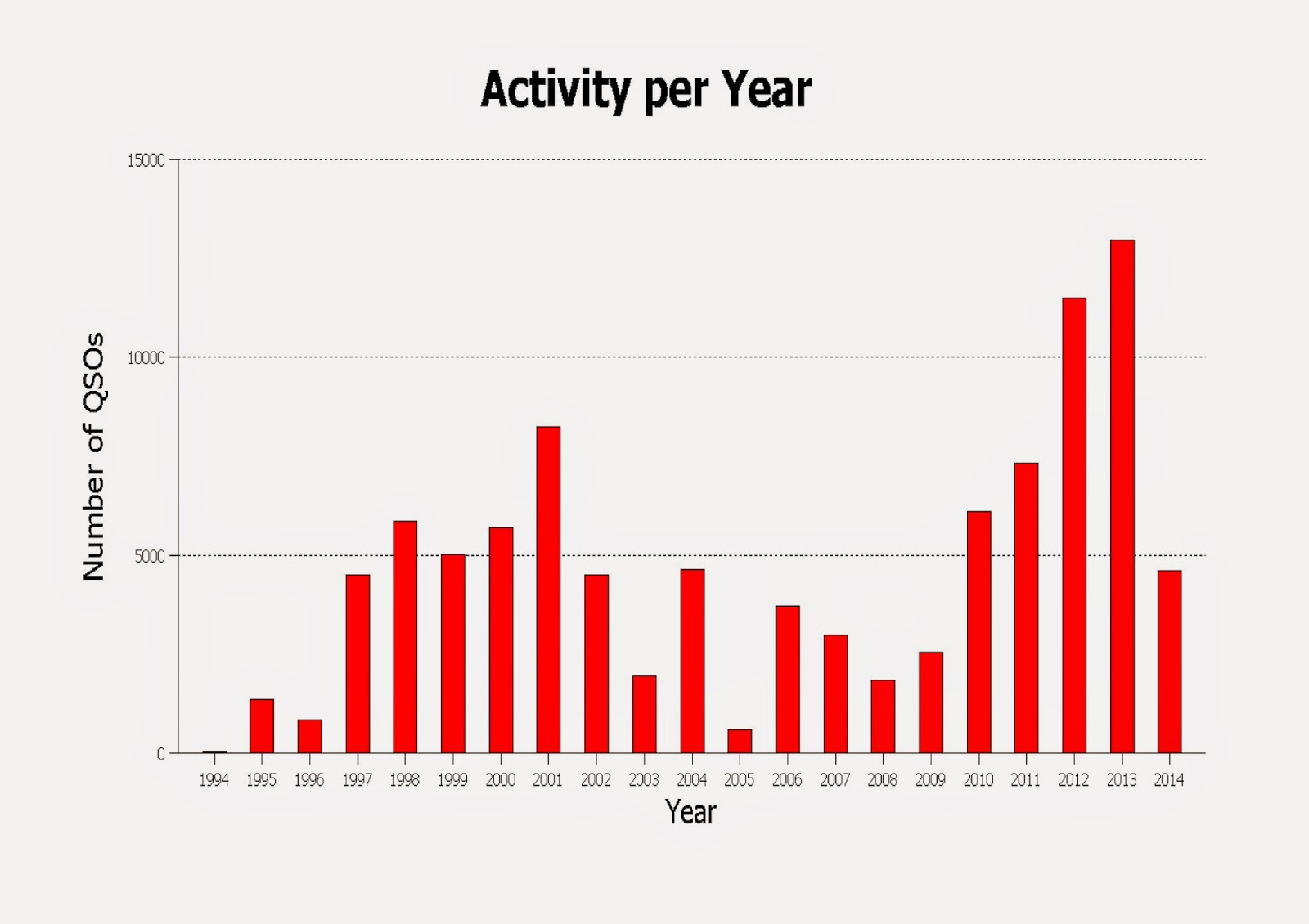 and here is the respective screenshot of my LotW account with the jubilee number showing off﻿ on the Top right corner: 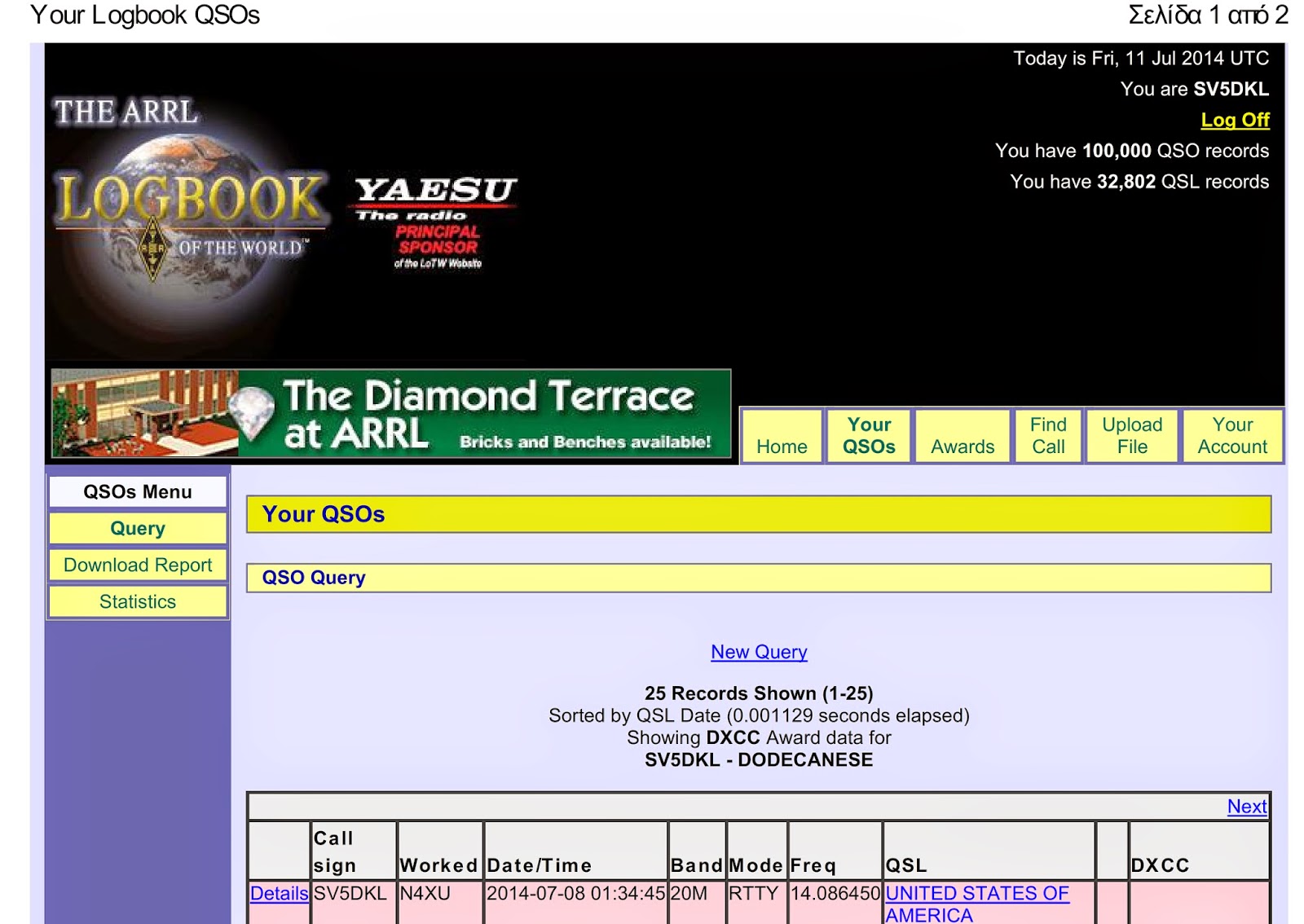 Using a clever statistics program written by a good friend of mine, I got some nice breakdowns for my activity over these years.
First of all, let's see how many days I've been active on-air for each of those 20 years, up to now: 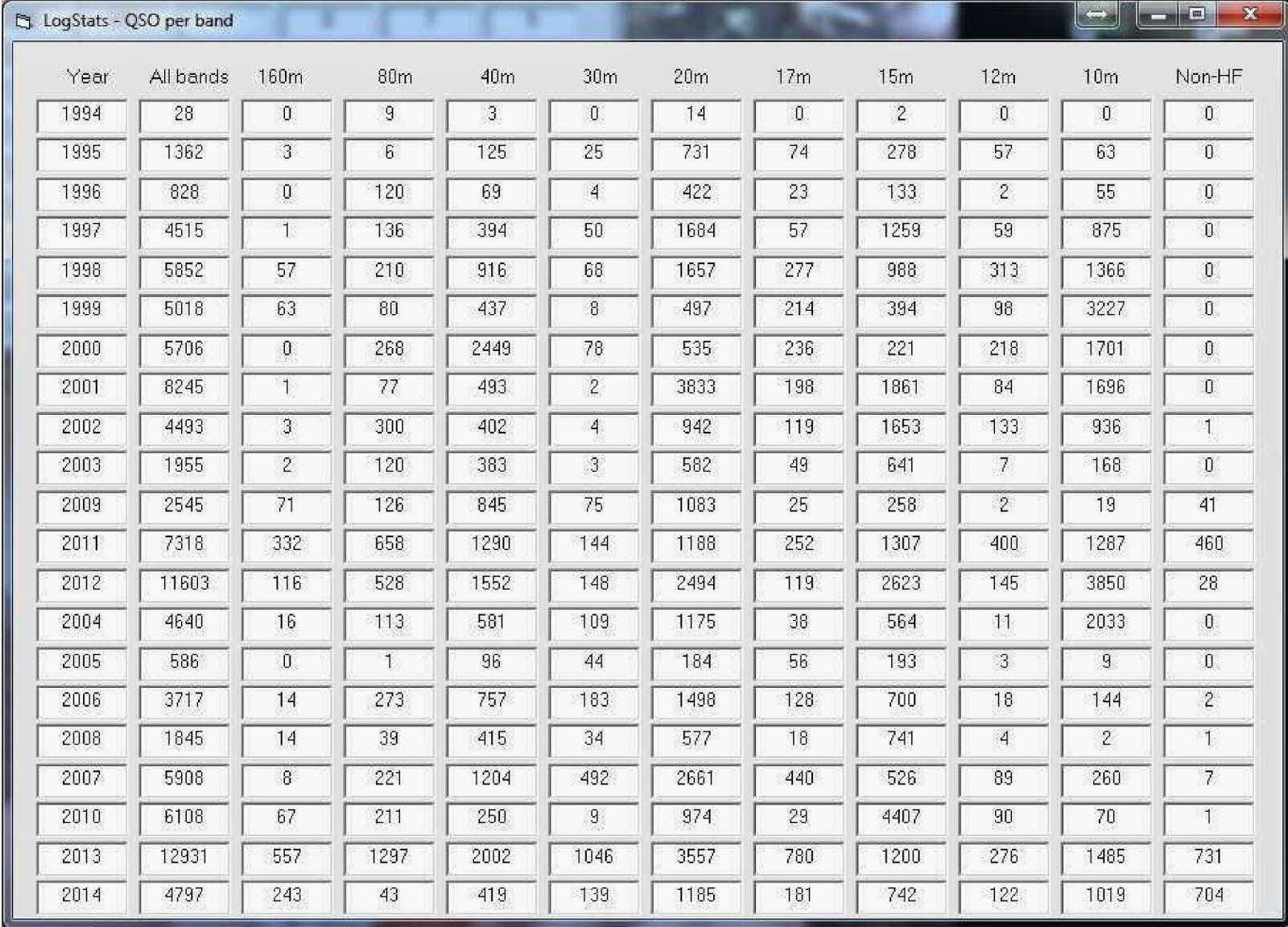 As many would have expected, 20m is the winner, with 2013 being my most productive year so far, with just under 13k QSOs.
And last, but for sure not least, the battle of modes ... wonder if you can guess which one's on top ... ﻿here it goes: 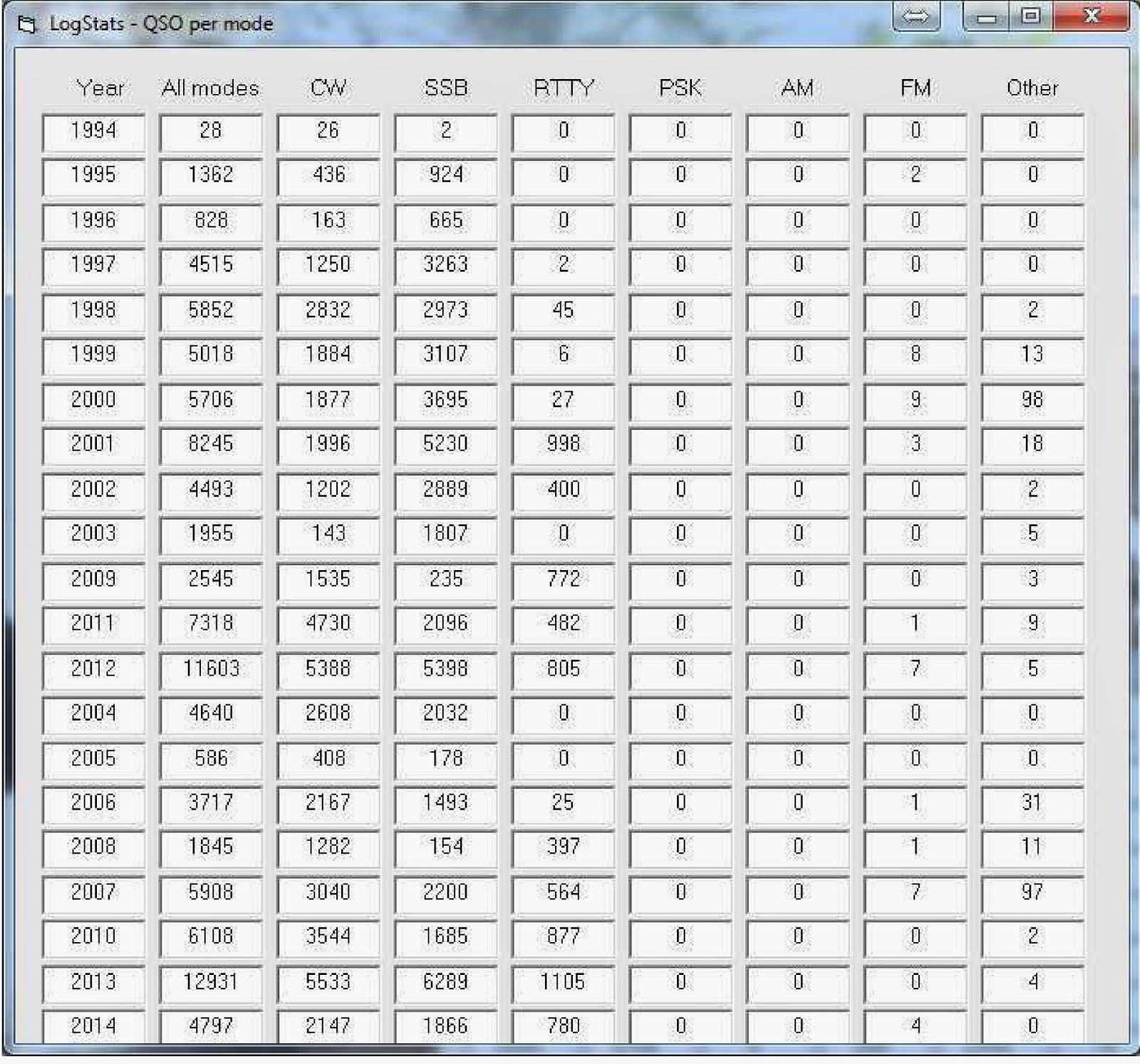