It was about time we heard some serious DX on air !!

A couple of well organised DXpeditions that took place lately, have once again, kept me alert and on the radios for quite a few hours.

5R8M, from Nosy Be Island (AF-057), organised and performed by Mediterraneo DX Club (www.mdxc.org) has already ceased operations with approximately 70000 QSOs in their logs. I managed to get in their logs 18 times, 2 of which were on 6m (SSB/CW) giving me my 6m DXCC #104. The rest of my QSOs included 40m-10m and all modes worked. 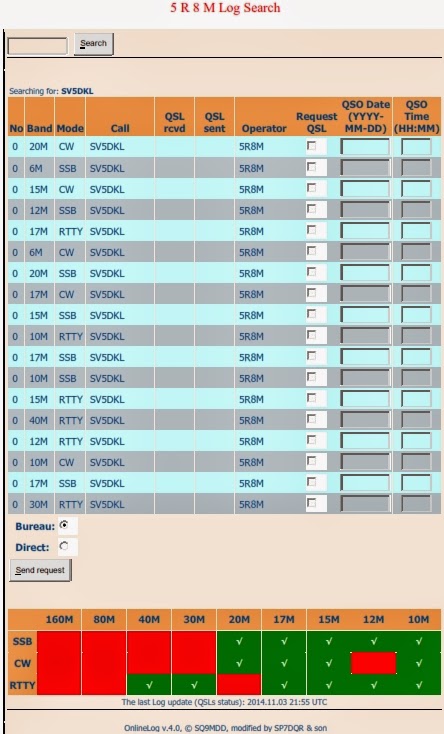 Even before 5R8M ended, another large scale DXpedition began ...
FT4TA from Tromelin Island (AF-031), led by F6KOP & 6 very experienced French DXers & DXpeditioners (deriving from Lyon DX Gang), is currently activating Tromelin on all bands (160m-6m﻿) and modes (SSB/CW/RTTY) and is scheduled to end on November 10th.
Further detailed information on Tromelin Island DXpedition can be found here:
http://www.tromelin2014.com/en/   &   http://www.qrz.com/db/FT4TA
Recalling the pileups of FT5ZM (Amsterdam Island) from last January, I have to admit that Tromelin's pileups are more amazing, more strict, a bit more disciplined, but at times they set a very wide split and it gets tough to find who the ops reply to, especially at the higher HF bands. Of course, what matters most is that they have HUGE signals in EU.
Once again, EU ops behaviour at the pileups justifies why US and JA ops are considered easier and more disciplined to work.
Tromelin was an ATNO for my SV5DKL callsign, since I had worked FR/F6KDF/T on 4 HF bands back in August 2000 from my Athenian QTH as SV1DKL !!
I set off to an early lead to finish off Tromelin at the higher HF bands, which was relatively easy (on all 3 modes, SSB,CW & RTTY). They were also extremely strong on 6m, too, with huge signal peaks even at +30db (in CW) and I had the joy to ask the op to work me in both modes, which he did !! 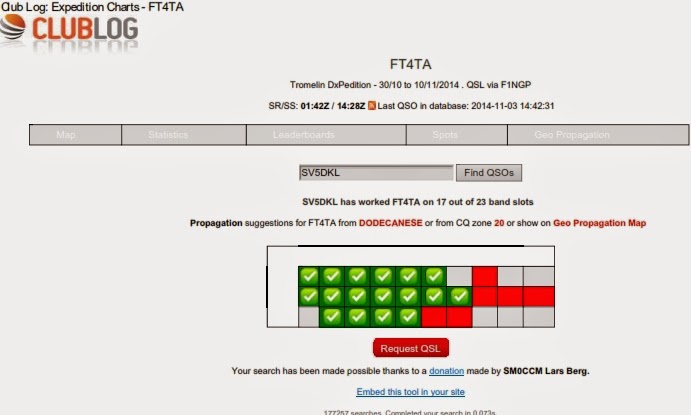