Best wishes to all my radio friends for the New Year 2013.

Completing 18 years in Amateur Radio, I thought I'd check out my all-time statistics, leading to a general review of what has been accomplished so far ...

As far as quantity is concerned, at the end of 2012 my QSO totals are 82.051 QSOs. And below is the QSO dispersion per year: 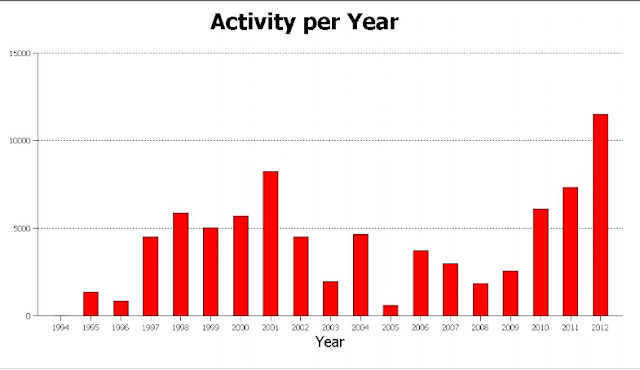 2012 was the most fruitful year, numbering about 12000 QSOs...that is almost 33 QSOs / day ... not bad !! Of course, the main reason for this high number is my participations in all major contests, plus many minor ones.
Band preference is the next statistic ... initially I thought 15m would prevail, but after seeing the below bar chart, I recalled the thousands of QSOs made with my 2 element Cubical Quad on 20m, when I used to be SV1DKL back in Athens. 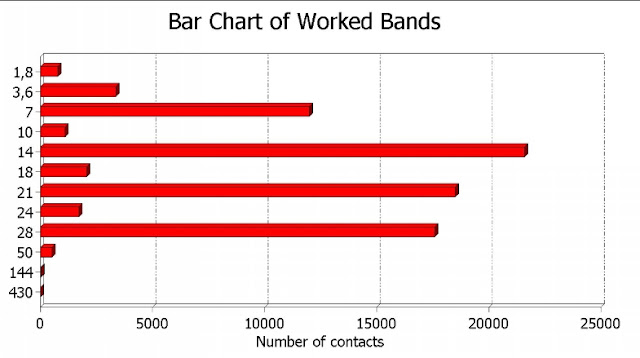 But, what about continental dispersion ??? Well, I didn't expect the unexpected, so EU has my vast majority of my QSOs. AS and NA share the next place and as expected, OC and AN, with their reduced ham population, are far low in the list. 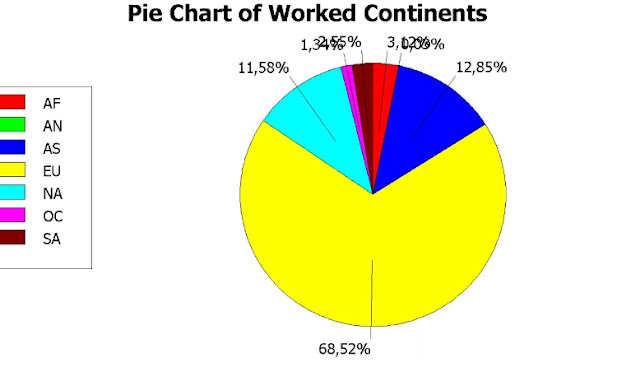 Last interesting statistic is the Mode preference. Again, I was suspicious that A1A would be the winner, but J3E still heads the race, with a marginal difference of about 2000 QSOs. F1B, as expected, rules the 3rd place and then come all the rest ... 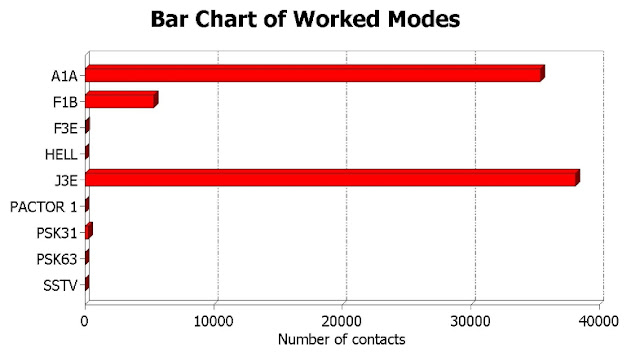