A long awaited DXpedition from Amsterdam Island in the South Indian Ocean is currently on air, giving a new one, ATNO for many, to radio amateurs around the globe.

This $450.000 budget, multi-national DXpedition is manned by some of the most experienced DXpeditioners around. Plans are to activate Amsterdam Isl. on air for about 18 days, until about the 11th of February on all HF bands in SSB, CW & RTTY.

Such DXCC entities are commonly activated approximately every 10-15 years, so worldwide demand is factual.

This specific type of DXpedition is not like the ones of holiday type, we are used to. This one demands absolute discipline, devotion, pre- and post-organization, great logistics support and provision for that nasty little detail that usually will be forgotten back home.

On the air, since the very first QSOs on January 26th, pileups have been endless and far more than disciplined. FT5ZM Ops are being very patient and try to be accurate when copying callers` callsign. Still, QSO rate is constant and when starting on a given band/mode, pileup takes less than 1 minute to form and split disperses up to 30Khz !!

Although I had confirmed Amsterdam from my old QTH in Athens as SV1DKL, I still needed it as an ATNO for my current SV5DKL callsign and of course in as many bands as possible for my DXCC Challenge points. As I heard callers` behavior since day 1, first thought was to let the steam go for the first few days, let the big guns fight with each other at the splits, and afterwards to try and work it myself, from my modest city lot radio installations. Indeed, there was obviously too much pressure and anxiety to work a new one, that on-air behavior, especially by specific European races, was unacceptable and brutish.

On the other hand, FT5ZM`s signals were trully AMAZING, especially on the higher HF bands. Propagation was favoring my location at specific daytime hours, so I let myself in the battlefield and managed to finish up all of the high bands, at least for SSB and CW for the time being, plus 30 and 40 meters in CW.

Up to now, January 29th, and as the DXpedition progresses, here is my worked QSO list from my log:

Just today evening, I *think* I completed a CW QSO on 160m, but I will be certain, only when they upload their logs to ClubLog.

Speaking of which, there have been many complaints on why the logs are not uploaded yet, while on their web site (http://www.amsterdamdx.org/), it is clearly mentioned that an online log would be available as soon as the DXpedition was aired. I guess there is some kind of issue with the Sat Link hardware and they are trying to solve it out somehow. Still, proper special provisions should have been made beforehand for such an issue, IMHO. Especially, when having Inmarsat as a major Business Sponsor. 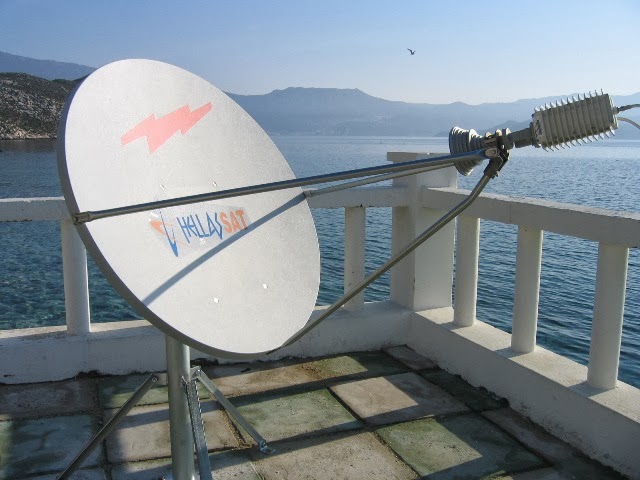 Personally, I am not bothered the least by this, it is just that there will be many more dupes in the log, from all those that are not 100% certain they made it through (I am one of those for my 160m contact, hi!). Not to mention the extra generated traffic ...

Having Internet access and real-time online log is, nowadays, a common part of the game. We are all pretty much spoiled on these and their lack attracts negative remarks. I would love to view a range of photos/footages from their arrival, primary installations, first QSOs, how they live on the island and on what comforts, while at the same time verifying a QSO of mine through real-time online logging.

Col, MM0NDX, who is the EU pilot of FT5ZM has already announced there are some issues with internet access (zero access until now), but has promised to upload the first logs to Clublog ASAP. That statement is fine for me, for now.

Really waiting for the RTTY operations to begin and at the same time, keeping an eye on DX-Cluster for that 80m QSO ...

More news on this activation to follow here, or at their web site: