Year by year, RSGB is getting faster in publishing IOTA contest's results !!

2013's RSGB IOTA contest final scores are published and can be found here.

Having put significant effort into this one resulted in winning the
Island - Single Operator - Assisted - SSB - 12 hours - Low Power category, setting at the same time a World record for this specific category, see here.

Both awards are shown below: 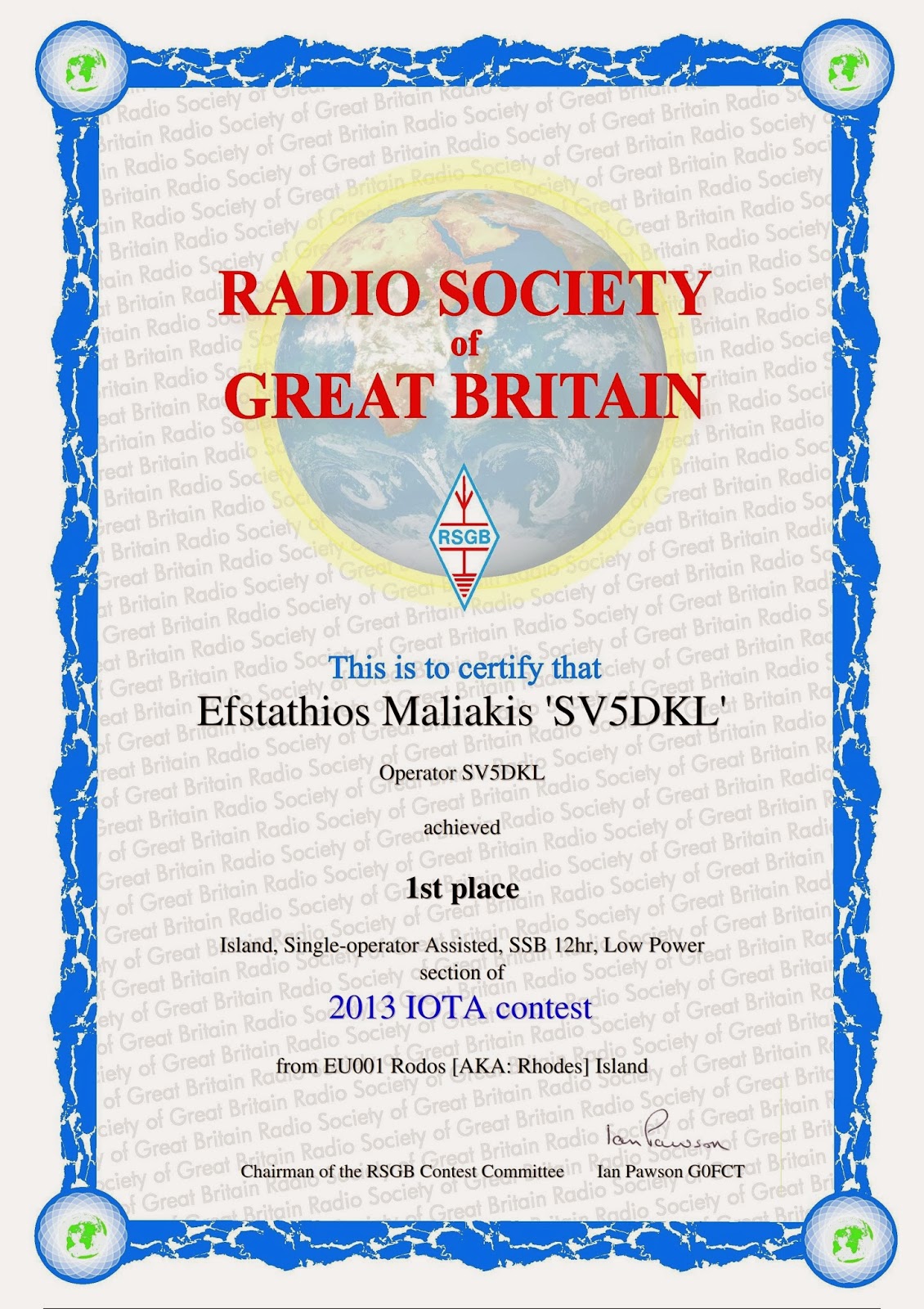 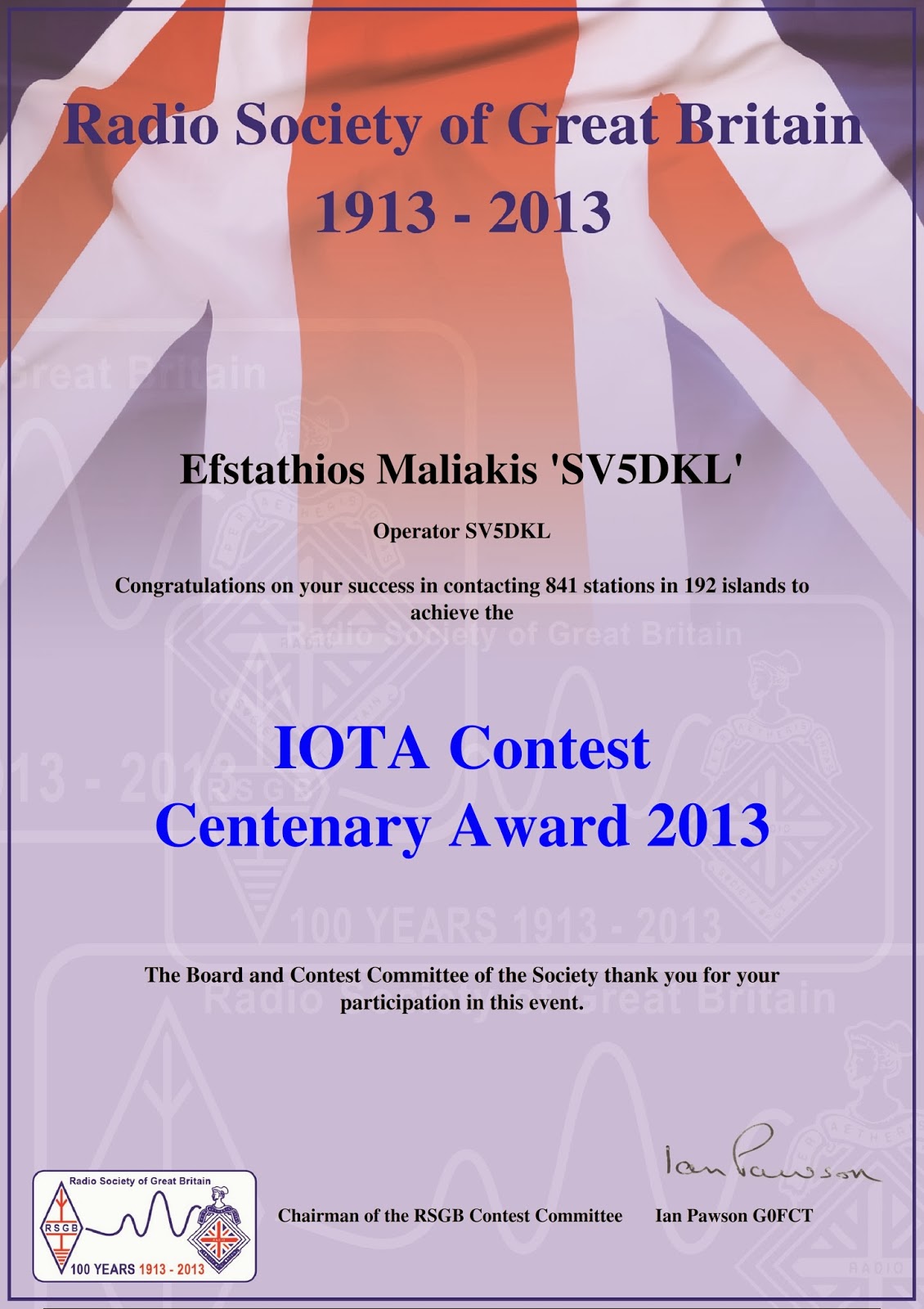 More Info on RSGB's Centenary Award here.
RSGB IOTA Contest has always been one of my favourites and in 2014 event, I will try to set another record in one of the Island categories.﻿
﻿
Composed by Efstathios Maliakis, SV5DKL at 1/16/2014 10:40:00 AM